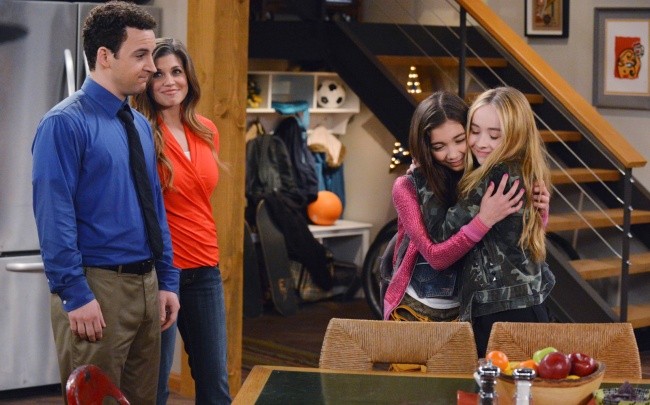 (left to right )Cory & Topanga, along with their daughter Riley and her “Shawn Hunter” Maya.

Cory and Topanga Matthews (Ben Savage and Danielle Fishel) are back!

The duo picks up just a little over a decade since viewers last left them only now with a teenager–hence the title “Girl Meets World.”

Disney Channel has flipped the original concept on it’s head.

Mr. Feeny, Amy and Alan (William Daniels, Betsy Randle and William Russ) will also appear in an episode or two.

Check out two familiar 90s faces and their daughter Riley (Rowan Blanchard) below.

Although there is no official premiere date reports say the series will debut this summer.

Are you excited to see Cory and Topanga again?

Who else from the original show would you like to see?

►Read More from US Weekly.

There was an error retrieving images from Instagram. An attempt will be remade in a few minutes.